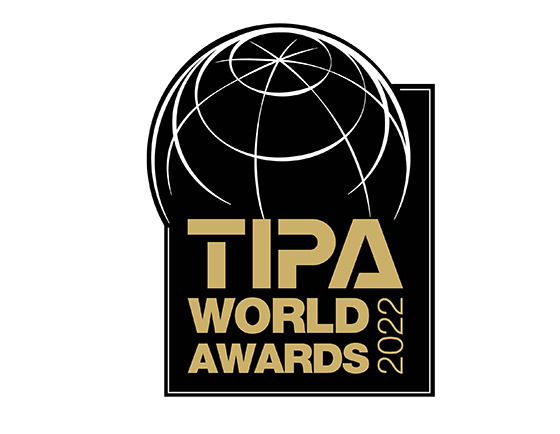 2022 marks the 32nd year of the TIPA “Best” awards, which, reflecting the worldwide reach of the association, are now known as the TIPA World Awards. Along the way the number of categories has enlarged, technology has radically changed, and the effect of the internet has transformed how the industry communicates with its customers.

The TIPA World Awards have changed with the times, including further globalization enhanced by a long association with the Camera Journal Press Club of Japan, with a voting delegate from the CJPC who attends the TIPA General Assembly. Likewise, TIPA members also cast a vote for the selection of the Camera Journal Press Club of Japan “Camera Grand Prix.” Both groups selected the Nikon Z 9 as the best in the professional camera category this year.

TIPA World Awards Winners
Over the years, TIPA has awarded almost 900 “Best” awards in a wide variety of categories, which are subject to review each year for technology and industry relevance. Said Thomas Gerwers, Chairman of TIPA, “Looking back over the years, the TIPA award rosters serve as an industry scorecard, noting consistent performance by certain companies, reminding us of those that no longer operate due to the changing imaging marketplace, and identifying those that continue to prosper.”

An overall compilation of award winners reveals the companies that have consistently displayed their technological expertise, adaptability to new imaging environments, and the changing needs of today’s photographers. The top three winners over the years have been Canon, Nikon, and Sony, respectively, whose awards total nearly 30% of all awards given. Rounding out the top five recipients are Fujifilm and Panasonic, with SIGMA and Tamron also performing well.

Worldwide Press Coverage
Along with the pride of accomplishment by winning companies, one of the major benefits of the TIPA World Awards is the impressive worldwide coverage of the award winners and their products. These include both company and fan web sites as well as independent web sites and photographic journals and magazines that cover the photo industry and its products.

This coverage often includes citations about the winning products, supplied by TIPA, and includes articles from around the world published in a very wide range of languages. To preview this coverage simply type “TIPA World Awards 2022” into a search engine and scroll down and through the page upon page of references.

The reporting of course extends to all the TIPA member print and web publications that circulate to pro, enthusiast, and hobbyist photographers, as well as influential photo business magazines and their dealer and agency readership. Being an international group, the web sites of members reach worldwide distribution in 10 languages, thus adding to worldwide reader coverage beyond their print editions.

The TIPA World Awards are more than just trophies: they lend support to member magazines, publicize the “best of the best” in photo products and services to help guide consumers in their purchases, and ultimately promote the photo and imaging industry in general, as they have for over 30 years.