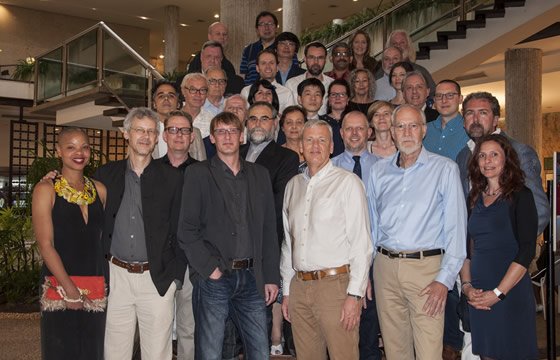 The Technical Image Press Association (TIPA) has announced the winners of the prestigious TIPA Award in 40 photo/imaging categories for 2017. The TIPA Award is universally recognized as designating high quality cameras, lenses, accessories, and imaging products. Since the inception of the award in 1991, the TIPA Award has become a source of pride among companies receiving it and the TIPA Logo has served as a benchmark that provides helpful guidance for consumers in making their purchasing decisions.

Along with exciting cameras and lenses that cover every category, from entry level to expert to professional, TIPA Award winners represent the wide range of products and services that make up the imaging industry today, including printers, inkjet papers, software and imaging processing equipment, storage media, actioncams, accessories, 360-degree cameras, and more.

The Award Process
Underlying the prestige of a TIPA Award is the process by which winners are chosen. Beginning right after the main “trade show season”, stretching from late September through early February of the following year, nominations within categories are gathered by the TIPA Technical Committee. Equipment is tested and evaluated, and new categories, representing emerging imaging trends, are considered. A list of finalists is compiled and sent to editors of the TIPA member magazines from around the world, who then comment and make further suggestions about products that should be added to specific categories. The information is collated and evaluated and a list of finalists is chosen. Winners are then voted upon and chosen at a General Assembly of all member magazines.

In short, the TIPA Award process is one that draws upon a global panel of knowledgeable experts who are exposed to a wide range of products. Through their magazine’s reach and editorial content they serve a readership that has come to count on them for an honest and trustworthy appraisal of photo and imaging products.

General Assembly and Awards
This year, the General Assembly of the Technical Image Press Association gathered in Havana, Cuba from 30 March to 2 April 2017, to vote on the annual TIPA Awards for the Best Imaging Products of 2017. Editors from 27 professional, amateur, and business magazines from Asia, Australia, Europe and North and South America, with a delegate from the Camera Journal Press Club in Japan, discussed and then voted on TIPA Award winners in 40 different product categories. The grand awards ceremony and presentation will take place in Tokyo, Japan, on 16 June 2017.

For a full list of the 40 TIPA 2017 Award winners, along with award citations and images, please visit www.tipa.com.