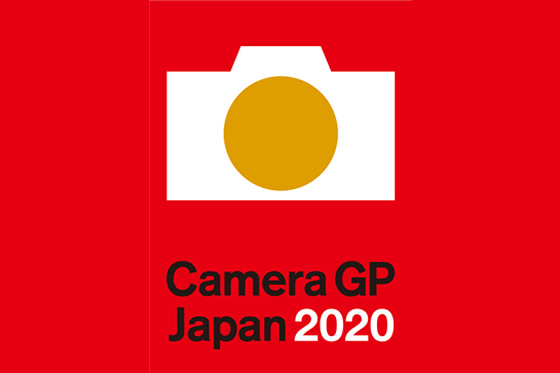 The Camera Grand Prix is held by Camera Journal Press Club (CJPC, Japan), a group of representatives from magazines or websites specializing in photos and cameras. CJPC, established in September 1963, has 10 members from the media as of May 2020. The selection committee, organized under CJPC’s Camera Grand Prix Executive Committee, deliberates and selects the best products for the four awards among those introduced into the market during the previous fiscal year (from 1 April 2019 to 31 March 2020 for Camera Grand Prix 2020).

The Camera Grand Prix “Camera of the Year” is granted to a still camera recognized as the best of all released during the period. “Lens of the Year” is awarded to the best lens launched in the Japanese market, while the “Readers Award” is determined by general camera users’ vote on a dedicated website. (The voting period this year was from 16 March to 12 April 2020.) In addition, CJPC members give an “Editors Award” to a camera or another form of photography-related product, excluding the ones awarded “Camera of the Year” and “Lens of the Year”, in consideration for the product’s popularity, topicality, and innovations.

The selection committee is comprised of CJPC members, chief editors (or other representatives) of CJPC member publications, external members entrusted by the Camera Grand Prix Executive Committee, and other special members such as academic experts, technical writers, professional photographers, and representatives from photo-related organizations, in addition to TIPA, the Technical Image Press Association, an association of photo- or image-related magazines, which now has 26 members from 14 countries worldwide. In total, 54 people were involved in the selection process this year.

The recipients of this year’s Grand Prix Awards are:

TIPA’s Congratulations to the CJPC
An excerpt of TIPA’s Message to the CJPC from Johan Elzenga, a member of the board of TIPA

While large gatherings of the industry have been precluded by the current crisis, TIPA sent its congratulations to the members of the CJPC and joins in their support of the industry.

Wrote Elzenga, “It has been a long tradition that a member of the TIPA board gives a short speech at the CJPC Grand Prix awards ceremony, and I was looking forward to my trip to Tokyo. Unfortunately, the COVID-19 pandemic made that impossible for us all to meet, so this year I will have to be with you in thoughts only. I hope that next year we can meet again in real life!

“I can imagine that some people say that this is not the time to think about awards for cameras and lenses. That was a matter of discussion among the TIPA board, yet we decided that it is our function and duty to continue to recognize the industry’s achievements and innovations and organized an online voting session for the TIPA World Awards this year. I am glad that our friends from the CJPC felt the same way and also went through with voting for the Grand Prix awards.

“Our message is that photography is not only a great hobby, it is a necessity that can grow into a hobby, not the other way around. The post-Corona age may well change social practice and activities, but making pictures and videos makes it possible to share precious moments forever and allows us to 'be together at a distance'. And awards for the best photo and video products will emphasize their importance and make people think and talk about photography in general, and the winning products in particular. We need that mindset and awareness of photography’s importance now more than ever.