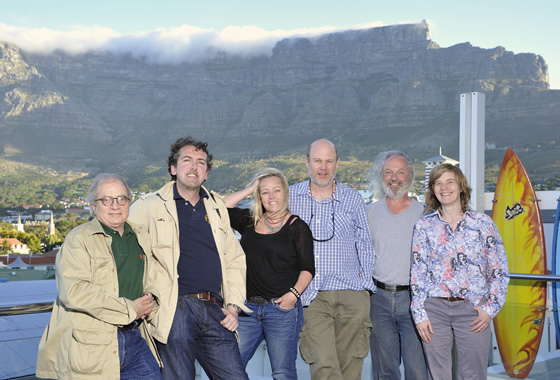 The 2012 General Assembly of the TIPA association took place from 22 to 24 March in Cape Town, South Africa. The four-year terms of three members of the board (of five people) ended on this occasion. These were the Chairman, Mr. Thomas Gerwers, Secretary, Mr. Johan Elzenga and Treasurer, Mr. Juan Varela. The first two stood again and pledged to continue their work developing the association. They were duly re-elected by the members. Given that Mr. Varela has decided to retire, he did not stand for another term. There were two candidates to succeed him: Ms. Louise Donald of PiX magazine (South Africa) and Mr. Roland Franken of digit! magazine (Germany). A majority of members voted for Ms. Louise Donald. She therefore joined the board of the Chairman, Mr. Thomas Gerwers, Vice-Presidents, Mr. Giulio Forti and Mr. Jean-Christophe Béchet and Secretary, Mr. Johan Elzenga. The board is now more global than ever with its first woman board member and its first from the southern hemisphere. The Board's other four members all come from European countries.

The General Assembly then continued with the election of the 40 TIPA Award winning products for this year. The winners will be announced on 16 April 2012.