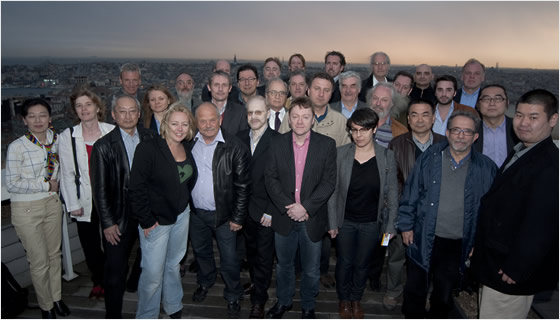 The annual meeting of the Technical Image Press Association to vote for the best photographic and imaging products in 2011 was held on 9 April 2011 in Istanbul, Turkey.

This year at the TIPA General Assembly 29 member magazines voted for the best product in each category. They also discussed and approved certain internal rules and most importantly the Board proposal of partnership with the Camera Journal Press Club (CJPC) of Japan that associates 11 photography magazines in Japan. In the same way TIPA will represent its member magazines in the CJPC.

Following this important cooperative agreement, the representative of CJPC took part in the voting session of the TIPA Awards. Similarly, TIPA will have a vote in the Japanese Grand Prix awards. These are well-known and highly respected prizes organized by the Japanese magazines belonging to the club.

TIPA has member magazines from nine European countries plus Australia, Canada, China, USA and South Africa. Today, with the affiliation of the CJPC of Japan, it is able to reach several million enthusiastic photography amateurs and professionals in the world.

Following the earthquake and tsunami that struck Japan on 11 March, TIPA decided to cancel the plans to hold the ceremony for the 21st TIPA Awards in Tokyo. The association donated ﾀ10,000 to the Japanese Red Cross as a sign of solidarity. The TIPA Awards 2011 Ceremony will now be held in London.

The General Assembly selected the best photo and imaging products in 2011 in 40 categories. So far in 21 years the association has given to the world of photo and imaging industry over 430 awards for products from over 70 companies from 15 countries.